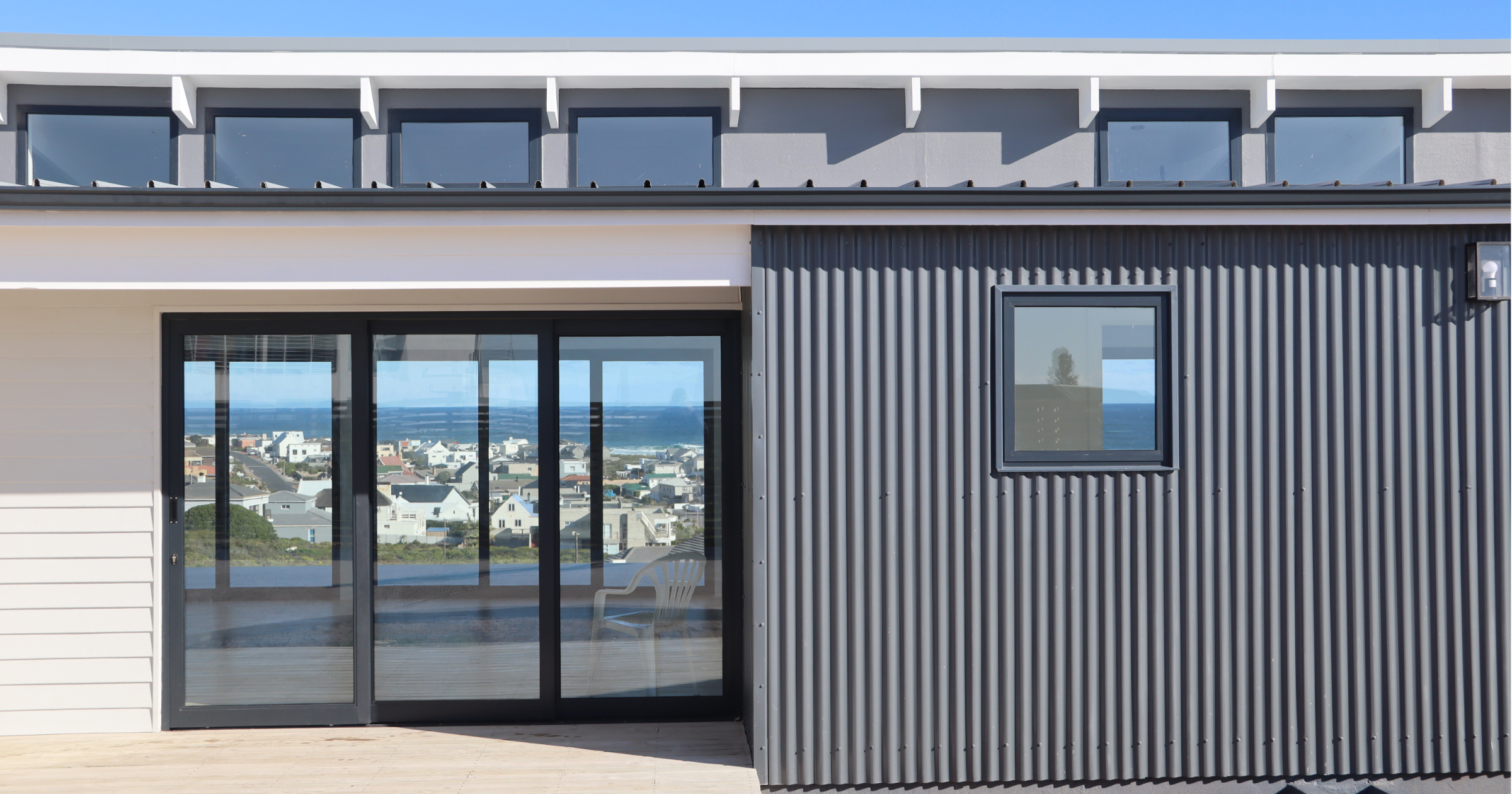 The site, situated in Yzerfontein, slopes gently done to the South, looking out over Pearl Bay beach towards Dassen Island to the South West. The clients brief was to design a contemporary, spacious home, but one that could be built on a limited budget.

Yzerfontein is a small harbour town, approx 90km North of Cape Town on the West Coast, with its origins dating back to the 1930’s. It has, however, combined with its laid back beach town vibe, a sense of freshness and ‘newness’, as though it’s being newly discovered by many. It’s this sense of freshness which I took as my inspiration, the outcome of which allowed for a contemporary and laid back easy living ‘beach house’.

The first challenge, as often is the case with coastal homes, is that the sea views, prevailing winds and optimal orientation to north for natural sunlight are often at odds. In this case the sea views are to the South, which is also the direction where the predominent summer wind comes from, with much needed winter sunlight essentially to the ‘back’. Added to this, the second challenge was solving these problems while satisfying the brief of a contemporary spacious home on a ‘not-unlimited’ budget.

The most cost effective way to build is to keep the shape fairly regular, by, for example using a simple rectangular shape rather than an L-shape plan. Also, the less complicated the roof, if this is possible in terms of the overall design, the better – both in terms of cost and the most effective waterproofing.

The solution then, was simple rectangular shape, elongated across the width of the site, to afford the living area, kitchen and all of the bedrooms views to the sea, with the service areas, namely the scullery and bathrooms, to the north. By sloping the roof of the main rectangular form containing the living area and bedrooms up to the North,  and covering the bathrooms and scullery with a lower roof, I simultanously created an added sense of spaciousness by increasing the interior volume and by the use of clerestory windows above the service areas roof will fill the home with low angle winter sunlight when it’s required. The eaves overhang of the main roof will prevent high angle summer sun from penetrating the building, which would of added uncomfortable heating.

To allow for outdoor entertaining on windy summer days, in addition to the sea side deck, there is also a deck to the North of the living area, with aligning sliding doors on both sides of the living area allowing for sea views though the narrowest portion of the house from the sheltered North side. To provide architectural interest, on an otherwise fairly simple building, I utilised different materials and textures. These further served to visually distinguish the various elements of the building; horizontal cladding  on the main rectangular from, vertical pre-coated corrugated zincalume cladding on the secondary form containing the services areas, and smooth painted surfaces around the raised walls of the main roof.

The structure is timber frame, highly insulated, on conventional concrete surface beds and foundations for the bathrooms and scullery, where the building is closest to the natural ground level, and on a suspended timber floor structure below the livng area and bedrooms, where the ground level slopes downwards. A suspended timber floor is the most cost effective way of building on a sloping site, as apposed to the otherwise extensive filling up and compaction that would be required for a concrete surface bed. In addition to the insulation, energy efficency is further enhanced by double glazing throughout.

The clients are very happy with the outcome to date and house is due for completion by end March 2020. 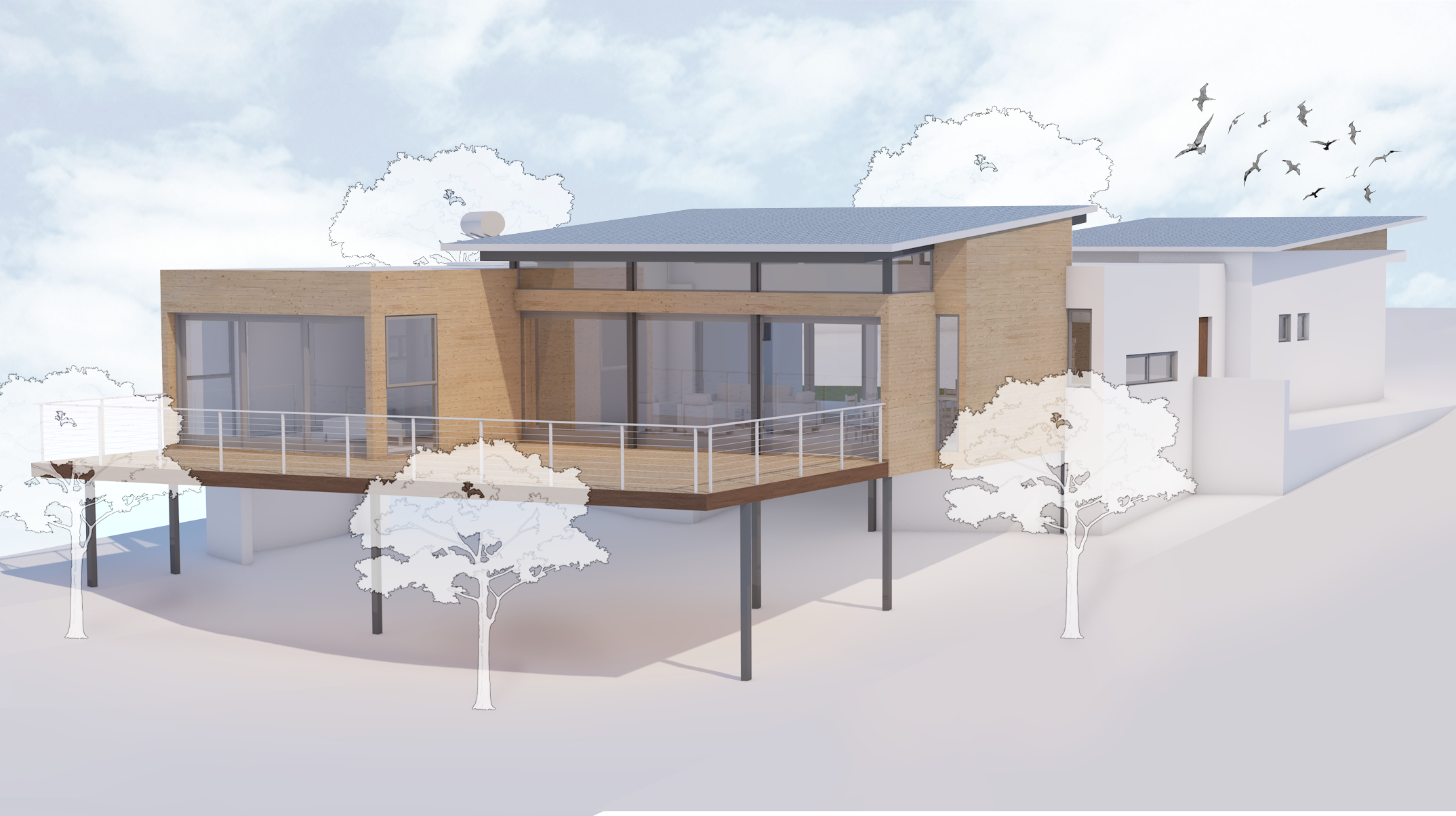 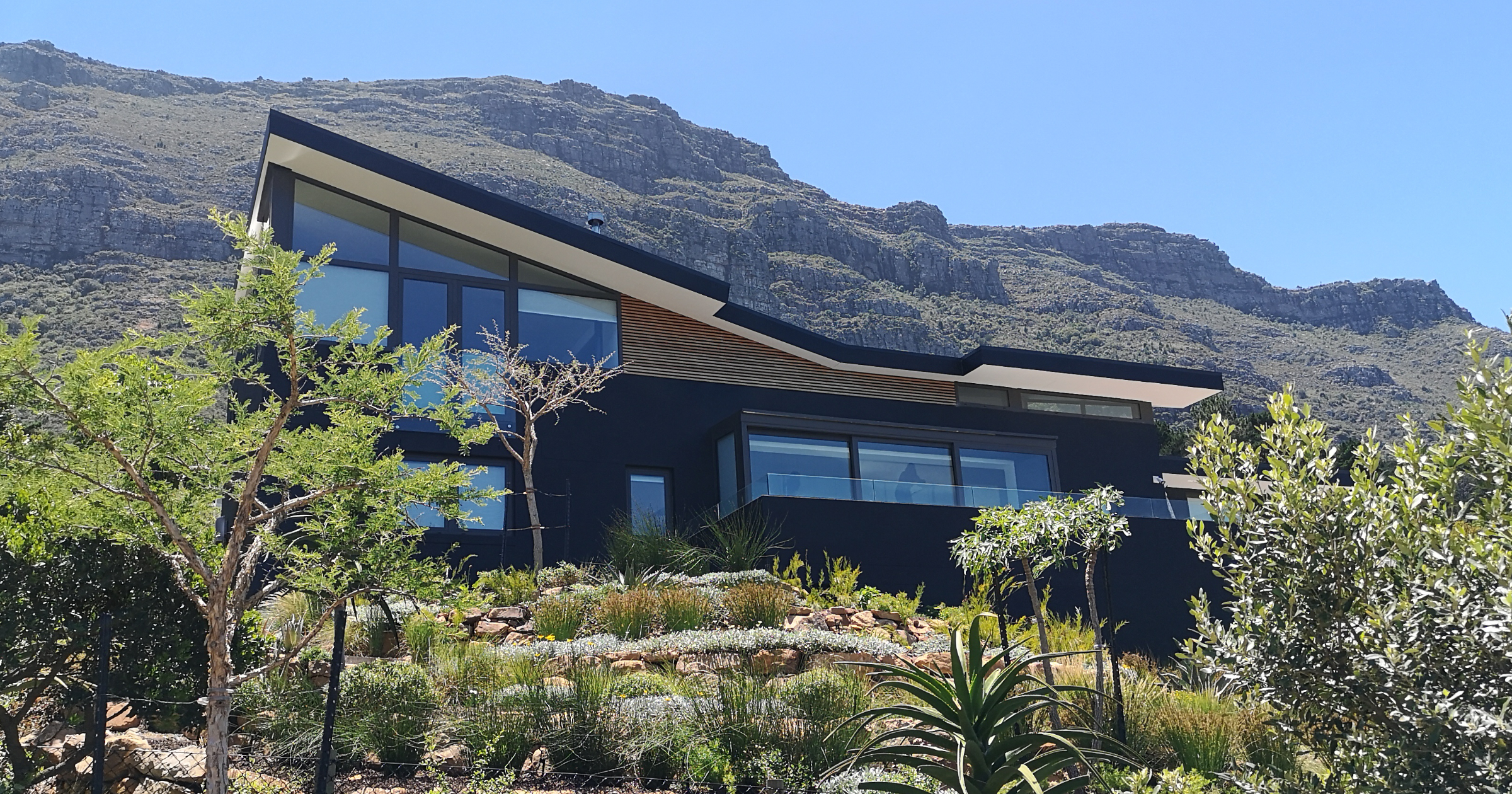 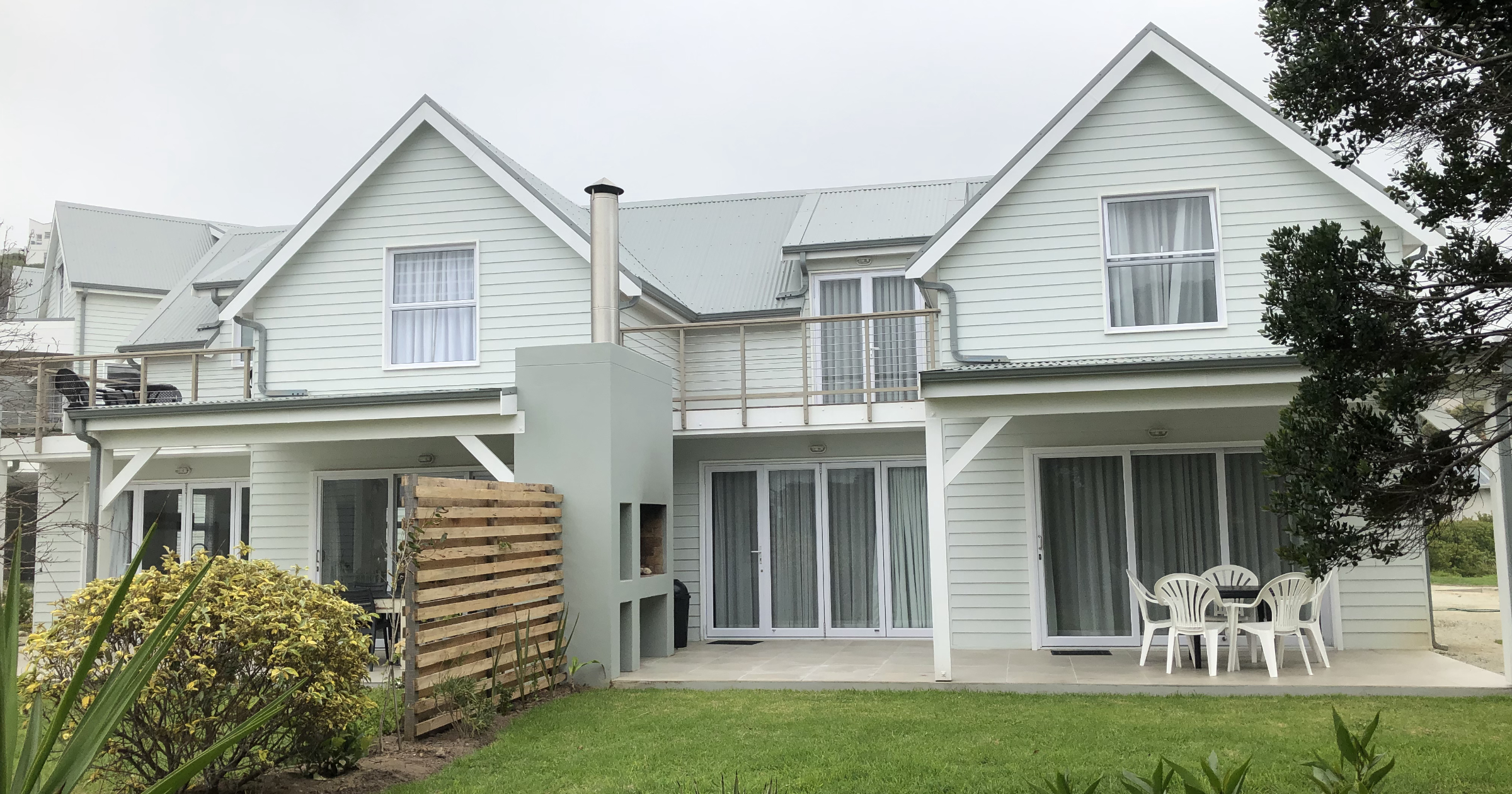