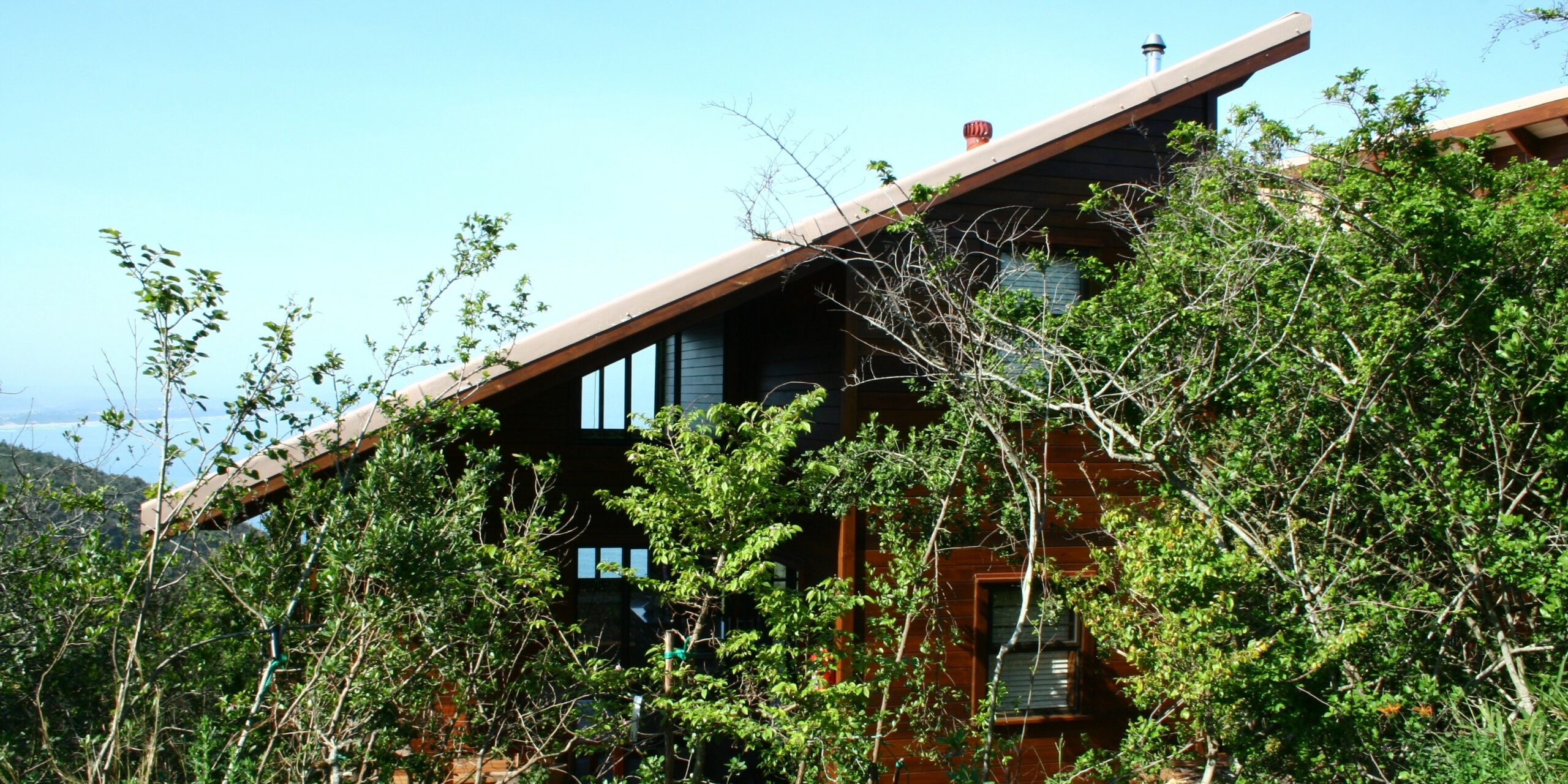 The site is situated in a coastal nature conservancy on the Garden Route coast. The site slopes down steeply to the east with sea views to the east and access from the west. The proposed house will be cut into the site along the west to minimise visual impact along the skyline and from the neighbouring properties. The nature conservancy’s guidelines allow a maxumum floor area of 150sq.m, so maximum use had to be made of every sq.m in the design.

The winter wind is predominantly from the south west and the summer wind from the south east. There is thicket of dense coastal shrubbery to the north west of the site, which will be left intact, both in terms of conservation as well as to provide privacy to living areas which can open up northwards & westwards onto the vegetation. The house is stretched out North-South to follow the contours of the site & maximise exposure to east views from all living areas and bedrooms; a covered deck to the northwest provides a sheltered summer option when the south easter blows and a sunny winter outdoor area, as well as a connection to the natural vegetation in that corner and a secluded access point to the pool.

Large sliding door openings to the east and west will allow a cooling breeze through the house, and slatted shutters to the west will allow ventilation and shading simultaneously. 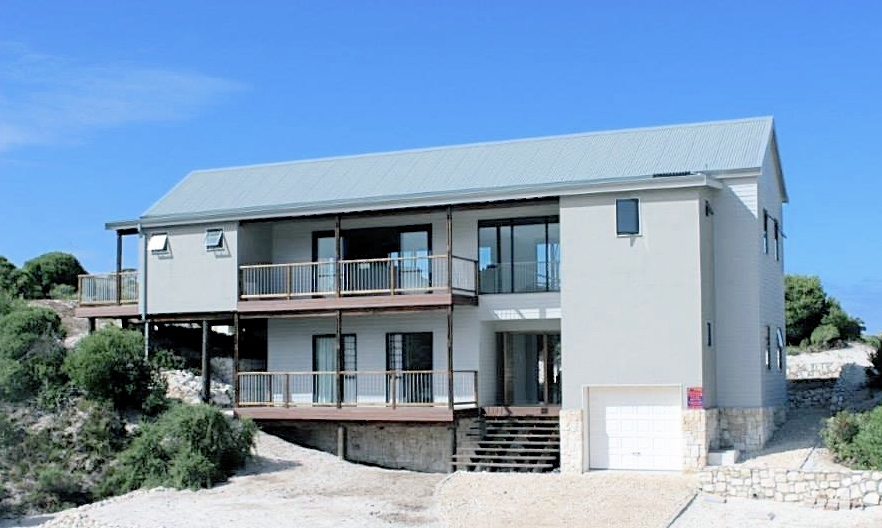 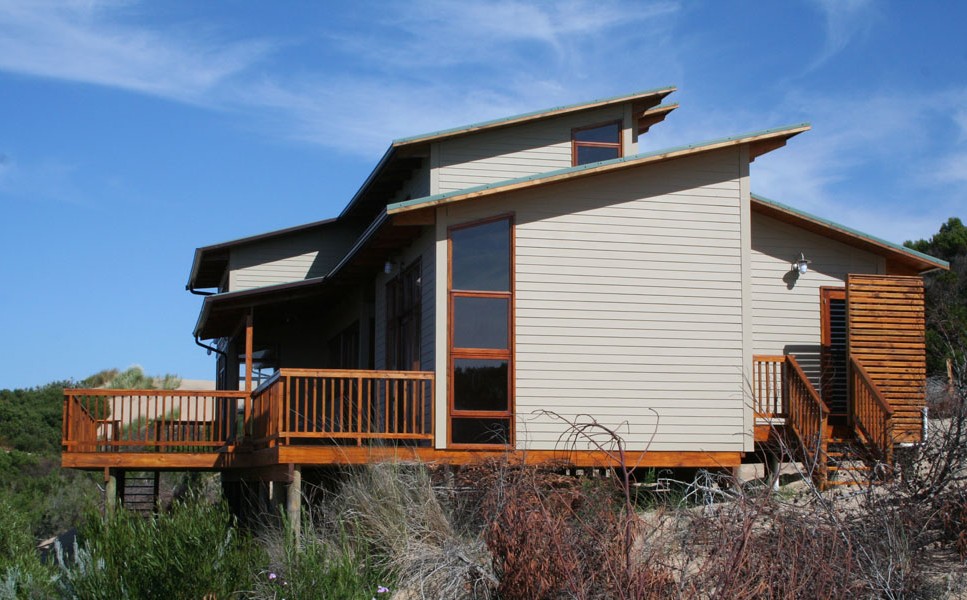