The house is situated on the southernmost side of Vleesbaai, a unique stretch of coastline in the Southern Cape in that it has sea views over the bay to the north.

The shape of the site, being elongated on a north-south axis, with a narrow sea frontage, informed the open plan layout with the living areas and three bedrooms all tightly being positioned against the north façade. The L-shape created by extending the main bedroom, with adjacent built-in braai, further out to the north creates a covered outdoor deck protected from the south-easter. Narrow sites often mean close proximity to neighbours, and to maintain privacy to the deck, a screen, with vertical angled slats, extends along the western edge of the deck, affording bay views to the north west while maintaining complete privacy from the west.

Due to the steep slope from the road down to the site, the garage was positioned higher than the ground level of the house, with internal steps from the garage providing direct access to the scullery. The design had to comply with the estate development’s strict architectural guidelines, and to remain within height restriction the upper level was designed to fit within the roof space. The solar panels for hot water heating have been positioned to be well concealed from view above the gables on the northern side of the roof.

Care was taken in the design to ensure that every bit of space was utilised efficiently; the roof space above the garage, which is accessed from the first floor, is a children’s playroom, the passage to the guest loo doubles up as a study, and the area below the stairway is a storeroom. The open plan layouts with rooms and service areas leading directly off living areas has resulted in their being almost no passages.

There were many good reasons, other than the obvious environmental and insulation advantages, to chose timber frame as a method of construction for this project: the design guidelines, in seeking to achieve a ‘Cape Cod’ type look, encouraged the use of horizontal shiplap cladding; the quicker construction time of timber frame was a benefit to the owners who had use of their house much sooner than had it been built of brick, and the founding on a sandy site favoured timber foundation posts over conventional concrete footings – other than for the garage base which was built on reinforced concrete foundations. 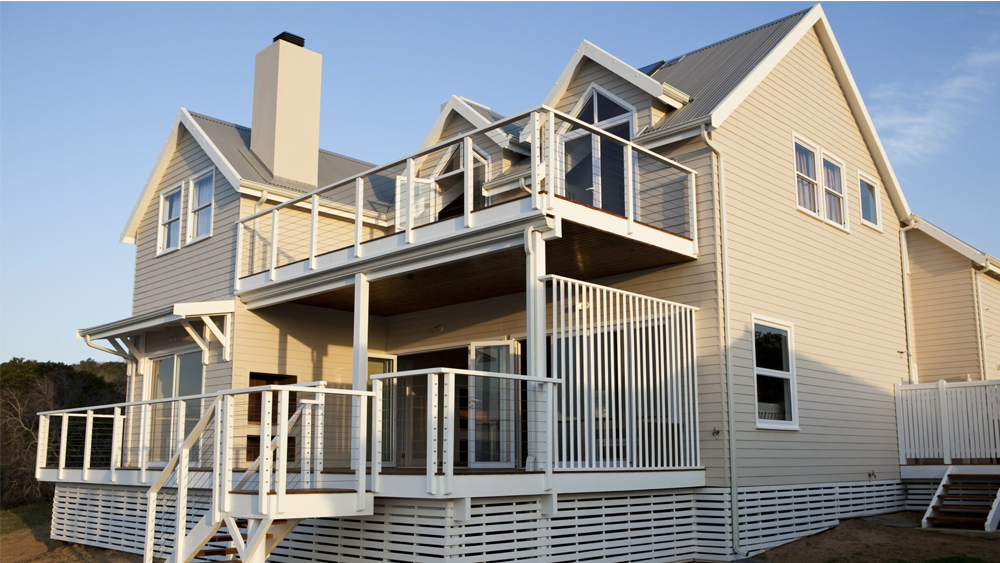 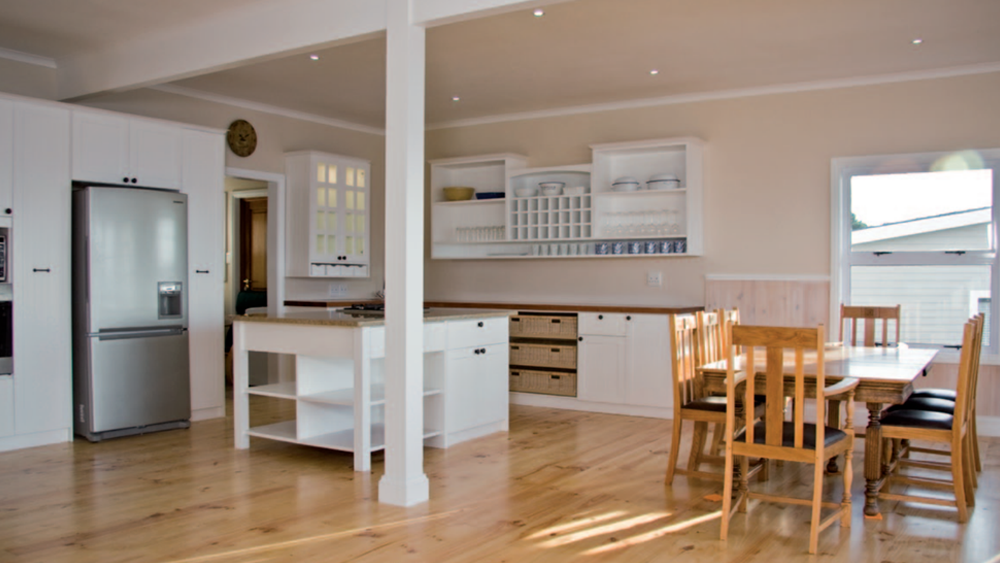 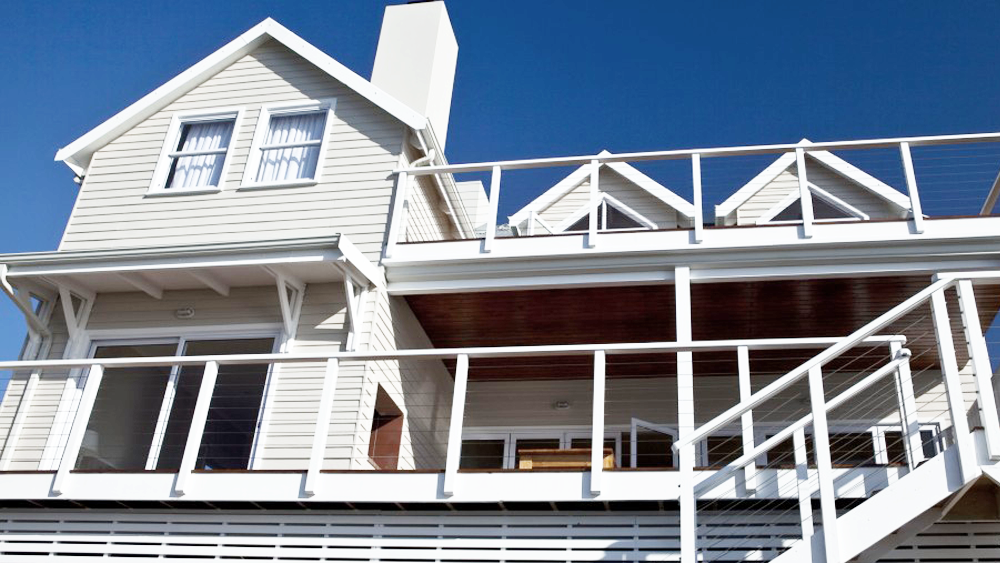