The house is situated on the bank of the Breede River and is used as a holiday house. As such the clients wanted an open plan house with an easy flow, open to both the river on the South East and to the large garden area to the North West. We used a large open kitchen / dining/ living area, with double volume above the living area to create a sociable entertainment space which extends out onto decks on both sides. An open mezzanine above the dining area is an extension of the living space and looks over the living area internally as well as opens onto the 1st floor ‘viewing deck’ on the riverside. We had a limited budget and therefore building size to work within, so our challenge was to create an arrangement of spaces that maximised living and entertainment space, views and integration with the outdoor spaces and at the same time minimising the wastage of space typically taken up be circulation. The stairway to the 1st floor area is an open stair set as a feature in the living space rather than in a stairwell and the ground floor bedrooms and bathrooms were arrange to keep the space used by passages to an absolute minimum. 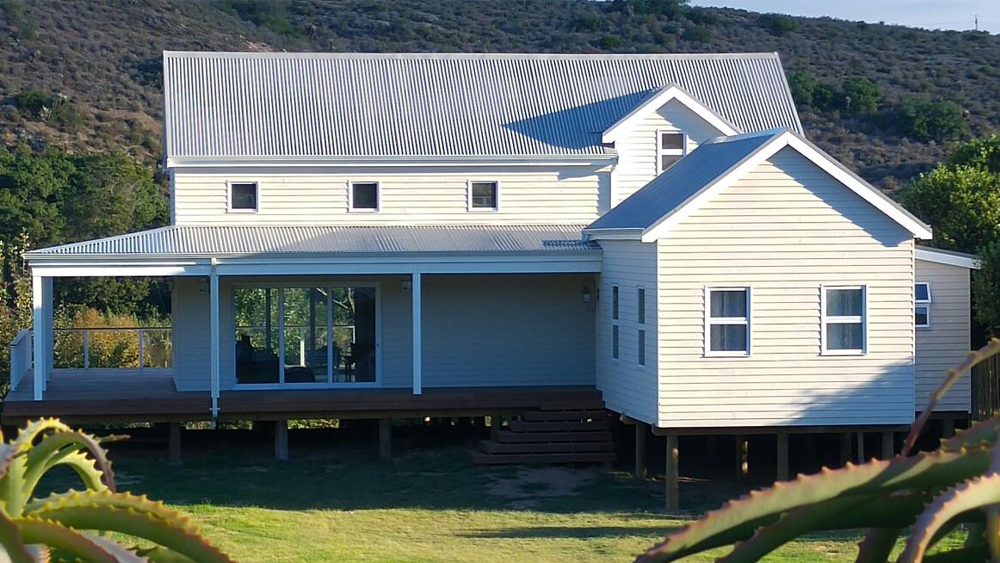