The residence is situated in the Machangulo Private Nature Reserve, on pristine Machangulo peninsula in Southern Mozambique. The main unit is tucked into the contours of the site looking out over the bay to the north, with a separate bedroom unit lower down the slope nestled in tightly amongst the natural vegetation.

The design concept was to have the buildings rooted in the context of the site, and so doing allow them to visually express their response to the context and climatic conditions. At the main unit a solid spine wall anchors the building, visually and structurally, to the site – and protects the open living areas from the cold southern wind and rain. In an climate that predominantly doesn’t require enclosure, the main living area remains open to the views to the north and east, with roll down awnings for the north sea breeze when required. A thorough visual impact study was undertaken with 3d modelling during the design process, to ensure that the units were to remain visually well tucked in amongst the vegetation and that the roof of the main unit would not disturb the skyline. Instead the intention was that the roof be level with, and seen as an extension of the canopy of trees to the south and west of the house.

In both units, the doors slide into cavity walls, so that with no glass visible the interior is seamlessly integrated with the exterior. Sliding louvred shutters will provide the option of providing enclosure with ventilation, and allow  the owners to completely close off the units when away. 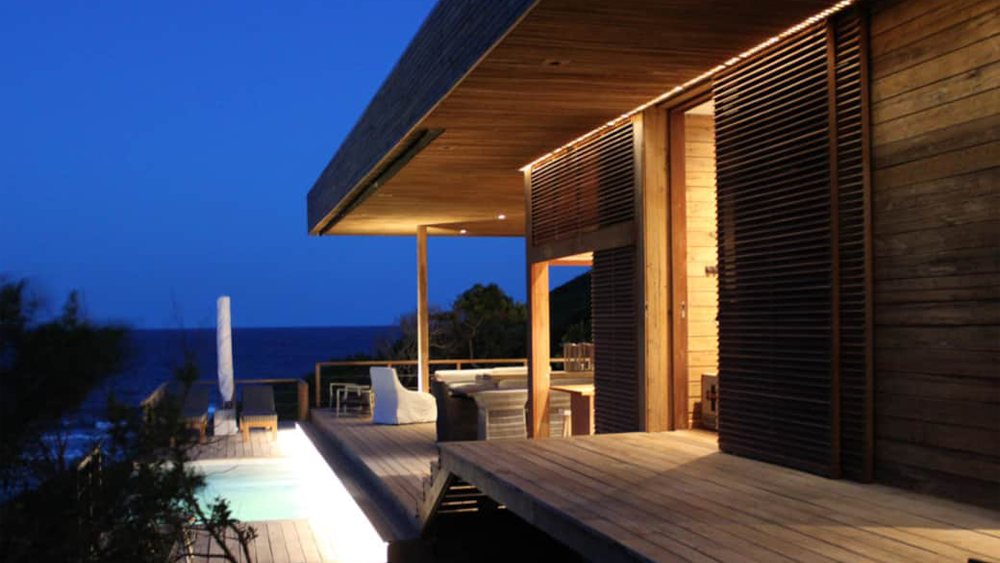 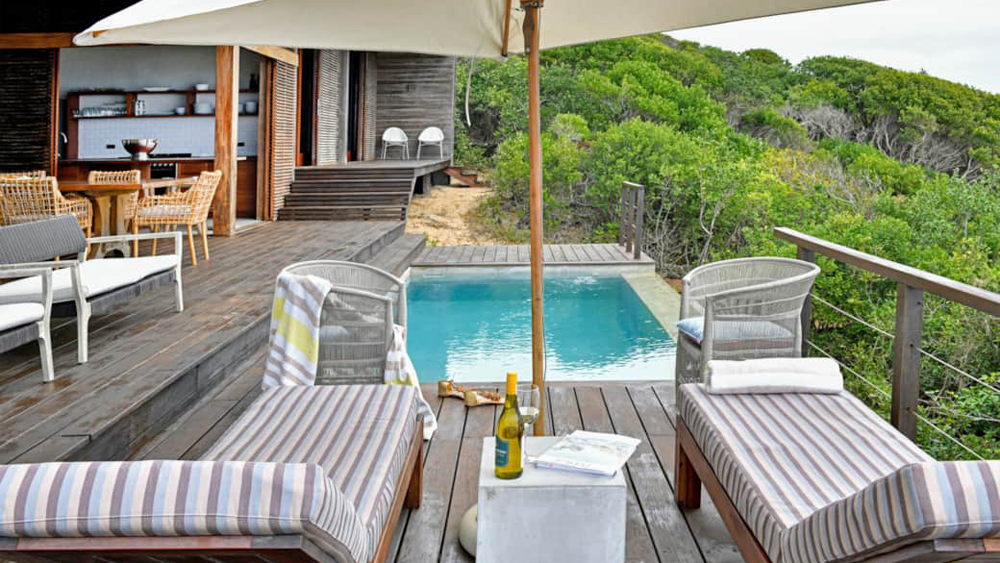 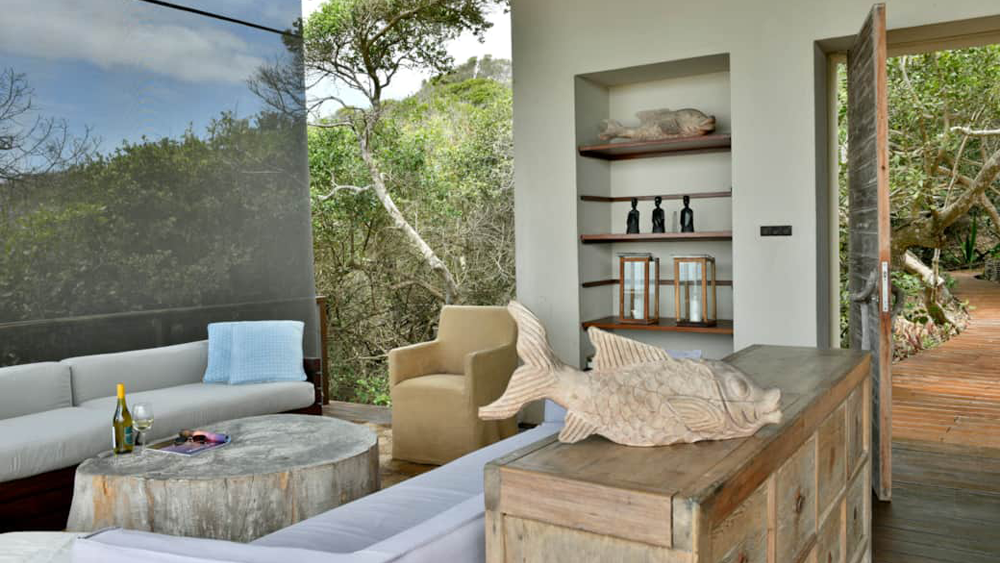 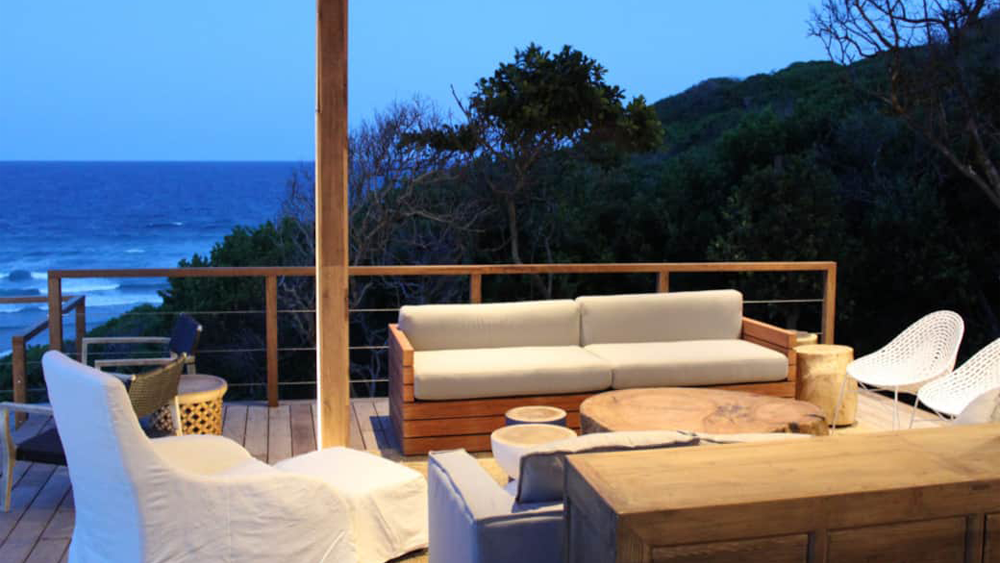 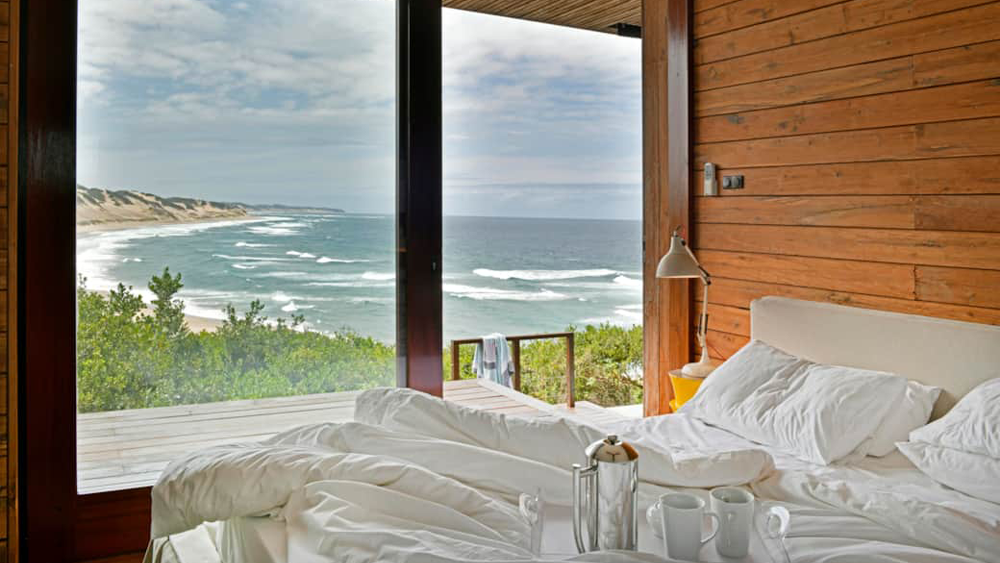 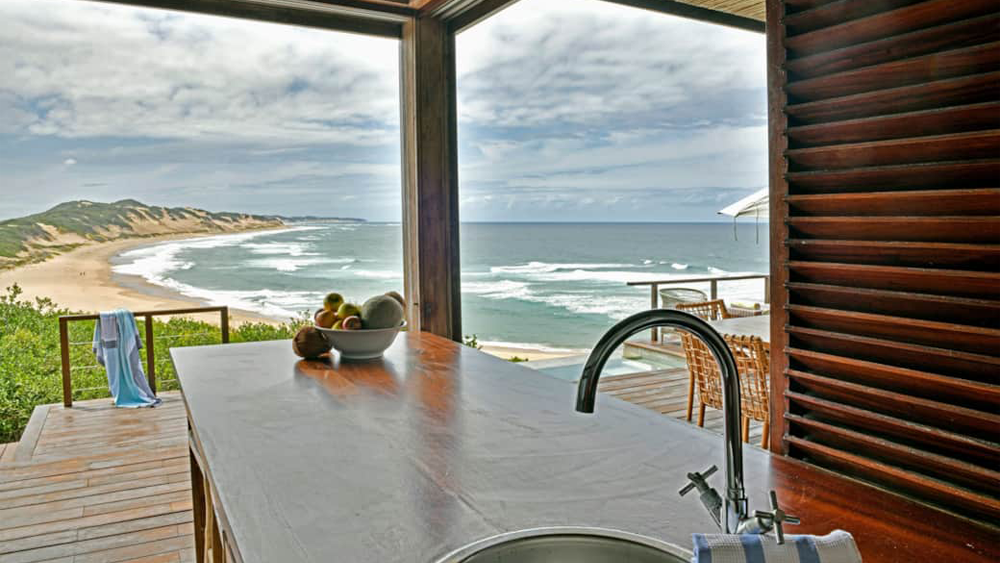 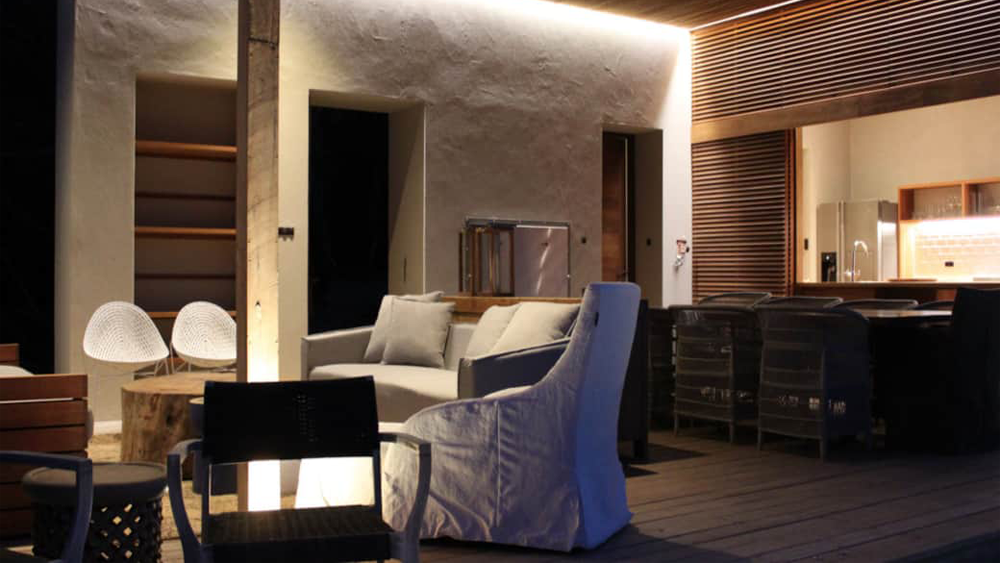 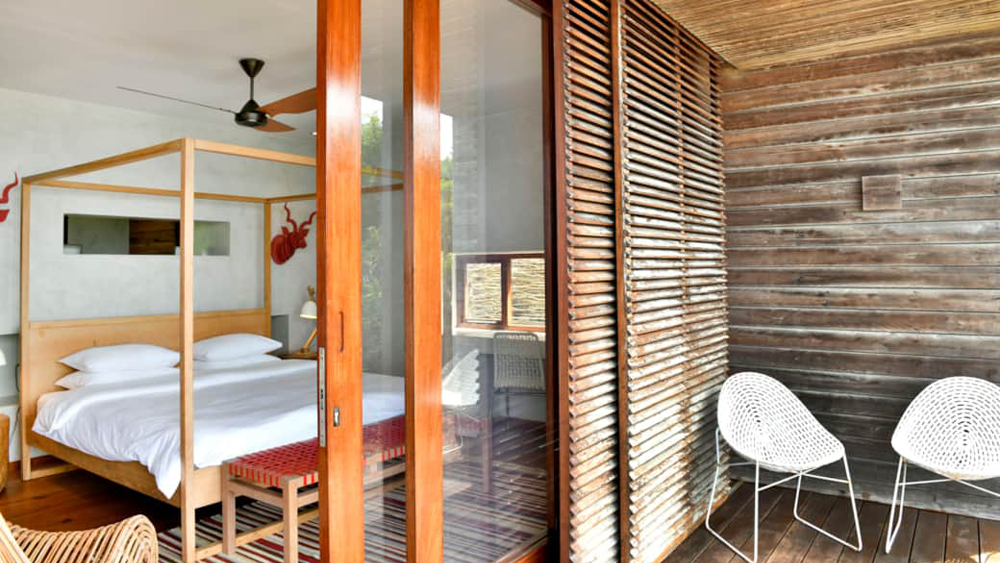 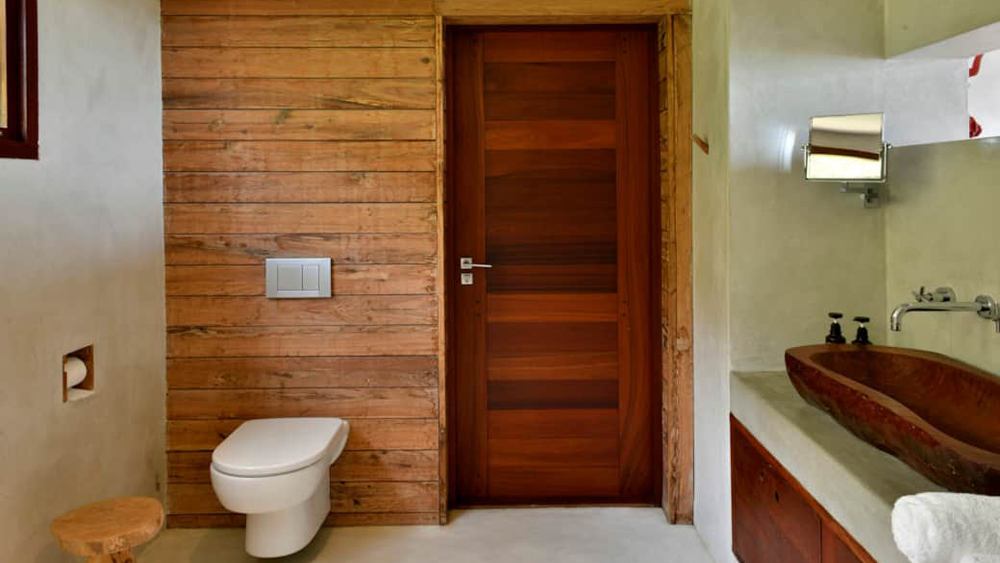